Psychological anthropology, self, dreams, cultural memory, historical ethnography, child development and attachment, gender and sexuality, art/artifacts and photography, Oceania and the US. Jeannette Mageo is a psychological anthropologist. Her work focuses on dreaming and the self, on child development, and on how subjectivity, identity, and emotion evolve out of cultural and historical experiences. Since 1980, she has been involved in research and publication on Samoan culture, history, and psychology. In 2003, she began studying U.S. culture through dreams. In recent years she has turned to examine the collision of Samoan and European cultures and psychologies in the colonial encounter through performance art, historical photos, and colonial artifacts. Dr. Mageo has also researched and published on gender and sexuality, transvestism, prehistory, folklore, and spirit possession. She consulted for and appeared in a documentary made for Channel 4 in Britain, Paradise Bent: Boys will be Girls in Samoa, which is framed by her historical interpretation of Samoan transvestism.

For a podcast on Dr. Mageo’s ideas about the nature of dreams, their impact on individual subjectivity, and how anthropologists can use dream data as a part of their ethnographic work
see https://www.youtube.com/watch?v=p_Y_jyUw3_c 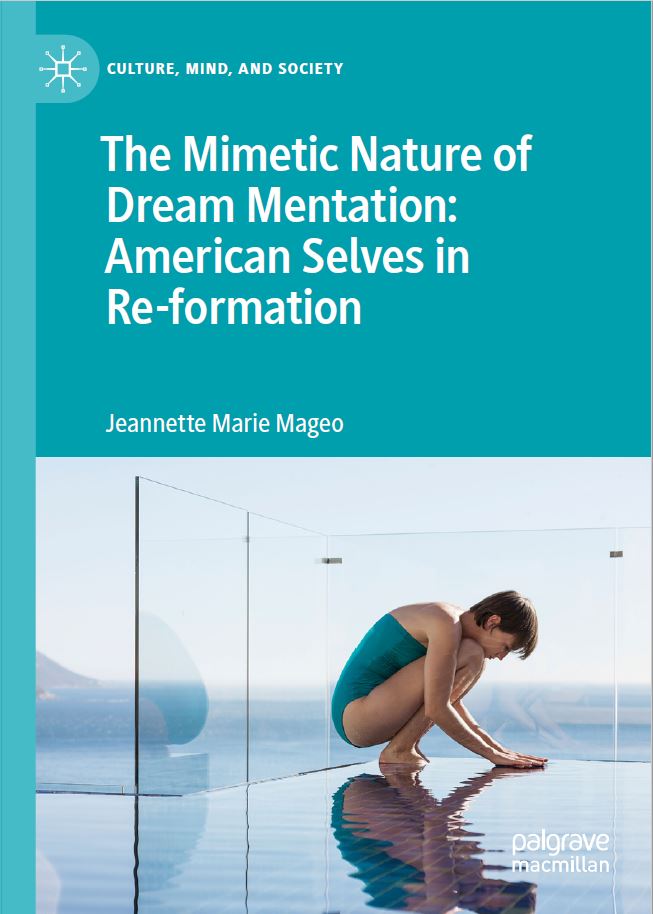 2022 The Mimetic Nature of Dream Mentation: American Selves in Re-formation. Palgrave Macmillan published this book for the Society for Psychological Anthropology’s monograph series.

“With characteristic erudition and creative energy, anthropologist Jeannette Mageo traces both strangeness of dreams and cultural plasticity to a common source: mimetic sleep mentation. Examining Americans’ dreams, she identifies metaphorical reframings that ‘comment on’ and change ideals even as they are copied into memory.”

“This is an important study of dreams and culture, one that offers a compelling interpretation of how dreams work and what they tell us about ourselves, and about being human.”

“The book should be commended for its intellectual and theoretical achievement, for the way it explores its theoretical perspective in ways that make dream life palpable through rich and well-chosen examples and cases.  I certainly found the dream accounts fascinating; I think students will respond as well….Very teachable, the manuscript is also a thought-provoking contribution to the scholarly and scientific literature on dreams…Mimesis wrapped around, or threaded through, cultural models offers a powerful perspective….There is a vital insight on almost every page.” 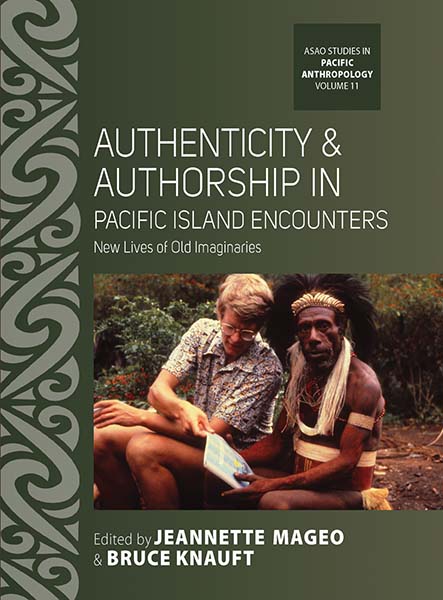 A novel, eclectic, often times dazzling travel log of two central concepts in modern social theory – – authenticity and authorship – – grounded in fieldwork across the contemporary Pacific.  All scholars in and across the region will learn from this important creative volume.

By exploring the shifting dynamics of authenticity and authorship across diverse Pacific settings, this volume addresses issues of great urgency to anthropology, and more importantly to Pacific communities themselves. 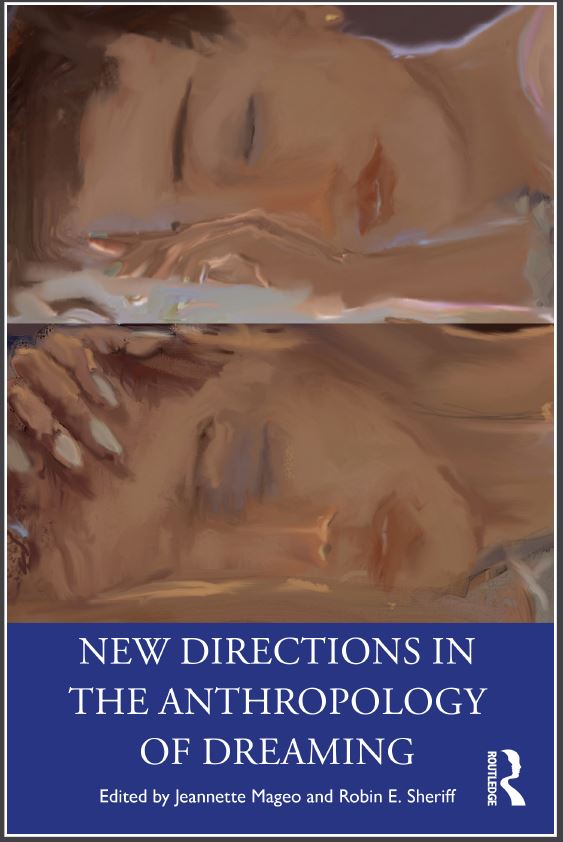 The interest in dreams is growing with major monographs published by anthropologists in recent years….Scholars are looking for comparative examples and new paradigms for understanding. Outside of psychology (counselling and psychotherapeutics) scholars are not able to assemble detailed personal case histories so a contextual cultural, social and historical approach is needed. This volume adds a fund of theory and examples for use by anthropologists and others…. The case studies here are both timely and classic. Barbara Tedlock’s volume Dreaming (1987) presented a collection of anthropological study of dreaming that mainly included Amerindian societies. It can still be read profitably today. I expect this book to have the same continuing appeal, only broader….Jeannette Mageo is one of the leading experts in the anthropology of dreaming and has published numerous sophisticated and well-documented articles and books on the subject.…The ethnographic approach and the renewed engagement with advances in psychology will distinguish this volume and make it a new point of reference for current knowledge.

Anonymous review solicited by the press.

2019 “Mimesis and Developing Models of Self and Other.” Culture and Psychology.

This article is listed as one of the journal editor’s highlights on the journal information page. https://anthrosource.onlinelibrary.wiley.com/journal/15481352

This article is listed as one of the journal editor’s highlights on the journal information page. https://anthrosource.onlinelibrary.wiley.com/journal/15481352

2017 “Nightmares, Abjection, and American Not-quite Identities.” Dreaming 27(4):290-310. Dreaming is a publication of the American Psychological Association.

The bold and perhaps arrogant start to Attachment reconsidered: Cultural perspectives on a Western theory, stating the book is not only a ‘‘challenge to attachment theorists’’ but also an ‘‘object lesson for psychologists of many other stripes’’ (p. 3), may put some psychologists on the defensive. However, the editors and authors of this informative volume have clearly earned their place at the podium. Conceptualizing attachment theory as a folk theory, ‘‘regarded as universal and held, implicitly or explicitly, by most group members’’ (p. 5), 10 chapters undo the claims supported by tens of thousands of research articles. They also undermine the evidence-based psychology movement so dear to the heart of the American Psychological Association. These chapters build on Burman’s (2008) earlier stab at attachment theory problems, in Deconstructing developmental psychology (2008), and Levine and Miller’s (1990) critique of attachment measures.

In a chapter on the cultural psychodynamics of attachment, Jeannette Mageo presents the intriguing idea that distancing practices, such as the intermittent absence of Western parents or the Samoan refusal to pay attention to youngsters, serve the cultural purpose of encouraging children to be resilient with regard to attachment security. In Samoa, where the cultural ideal is a secure connection to the group (their greeting is translated as ‘‘We love you’’ and babies are held facing outwards, toward others), de-emphasizing individual responsivity will shape children to turn towards the group when distressed. Mageo suggests that children might universally rightly and naturally rage against their needs being ignored in both contexts, but it is the way in which the culture suggests to them that they manage such rage that produces the healthy child. In the West, children manage their dependency needs not being met at every turn through autonomous action and achievement, in a sort of reaction formation that says, ‘‘Maybe I don’t need you anyway, Mom.’’ In Samoa, children are at first disrespectful but then come to deny their rage through assuming duties of attending to their elders.

Mageo provides fresh entrée into relations of culture and mind through dreaming. Advancing both theory and method, she elucidates cultural shaping of the human imagination. Psychological anthropologists, cultural psychologists, dream analysts, and scholars of American culture will find an ethnography richly textured with insights into the inter-animation of society and personal experience.” – Janet Dixon Keller, editor of Ethos, the Journal of the Society for Psychological Anthropology, and professor of Anthropology, University of Illinois, Urbana-Champaign

2011 “Empathy and Attachment in Samoa.” The Anthropology of Empathy: Experiencing the Lives of Others (Douglas Hollan and Jason Throop, eds.), pp. 69-93.  New York: Berghahn.

2010  “Transforming Will, Transforming Culture” In Toward an Anthropology of the Will (Jason Throop and Keith M. Murphy, eds.), pp. 123-139. Stanford: Stanford University Press.

2010 “Race, Gender, and Foreign Exchange in Samoan Performing Arts.”Anthropological Forum 20(3):269-289. For a special issue on Imagination and Innovation in the Pacific.

2008 “Zones of Ambiguity and Identity Politics in Samoa,” Journal of the Royal Anthropological Institute 14:61 -78

2003 Dreaming and the Self: New Perspectives on Subjectivity, 2002 Power and the Self. Edited Volume. Cambridge University Press.

1998 Theorizing Self in Samoa: Emotions, Genders and Sexualities. Univeristy of Michigan Press.

1996 “Spirit Girls and Marines: Possession and Ethnopsychiatry as Historical Discourse in Samoa.”American 1991 “Inhibitions and Compensations: A Study of the Effects of Negative Sanctions in Three Pacific Cultures.” (1991). Pacific Studies 14:1-40. 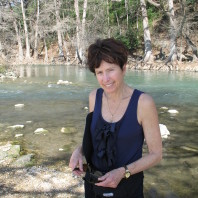 New Directions in the Anthropology of Dreaming

Dreaming and the Self

Power and the Self

Theorizing Self in Samoa

Spirits in Culture, History, and Mind