Lillian “Lilly” Ackerman, a former adjunct professor in anthropology at WSU and an ethnographer with over 50 years of experience, passed away in October.

Lilly was born to John and Marie Hanjian of Detroit, Mich., and grew up in the Armenian community of Detroit with her brothers Jerry and John. She attended the University of Michigan where she met her husband, Bob.

She received her PhD in anthropology from WSU in 1982 and worked as an adjunct assistant professor for the department from 1994 to 2001. Lilly was a warm person with a welcoming smile, and she will be greatly missed.

Lilly passed away peacefully at her home in Pullman with her husband and daughter Gail by her side. She was 92 and had been a resident of Pullman since 1961. She is survived by her husband, Bob; her daughters, Laura in Scottsdale, Ariz., and Gail in Kent, Wash.; and her brother John and sister-in-law Carmen of Detroit; as well as nieces and nephews in Florida and Georgia. Her son, Jim, passed away in February 2021. 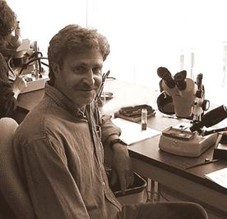 Surrounded by his family, Anthropology Professor Steve Weber passed away quietly on January 14, 2020, from ALS. Steve was an accomplished and inspirational figure at WSU and his loss is keenly felt.

He had a storied career with our University and served in many capacities during his tenure. Steve joined the department in 1994, when he was hired as an assistant professor at WSU Vancouver. From 2005 to 2006, he was an associate director for the College of Liberal Arts. From 2006 to 2007, he served as director of Research and Graduate Education. From 2008 to 2012, he was associate chair of Anthropology. Steve was a Fulbright Scholar and published three books, 19 peer-reviewed papers, and numerous book chapters during his career. With friend and peer Steven Emslie, he co-founded the Society for Ethnobiology, which describes itself as a “nonprofit professional organization dedicated to the interdisciplinary study of the relationships of plants and animals with human cultures worldwide, including past and present relationships between peoples and the environment.”

In Steve Weber’s memory, the Society for Ethnobiology is currently hosting a fundraiser called “The Two Steves Award” as a nod to both co-founders. Please visit the society’s website for more information. 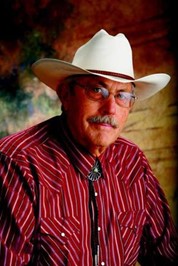 Pete Mehringer, formerly a WSU archaeologist and Anthropology faculty member, passed away peacefully in Bardufoss, Norway, on Jan. 3, 2019. Pete grew up in Lawrence, Kansas during the Great Depression. His family moved from Kansas to Los Angeles in the 1930s, when his father accepted an offer to play professional football with the Los Angeles Bulldogs.

Pete, noted as “a man of action,” joined the U.S. Marine Corps at the age of 19. After his time in the military, he embarked upon his academic path. He attended Los Angeles City College starting in 1955 and received his PhD in geosciences in 1968 from the University of Arizona. Among his many accomplishments, Pete was awarded the Fryxell Award for Interdisciplinary Research in 1980 and, in 2006, he was awarded the Rip Rapp Archaeological Geology Award. He retired from WSU Anthropology in the spring of 2003.